A snapshot of the practices of Trump the Real Estate Developer

Having spent over 40 years selling high-end residential real estate in Manhattan, Donald Trump, the Republican candidate for President and I have had repeated business dealings together. I participated in focus advisory groups for his luxury residential developments and subsequently sold condominiums in his Manhattan condo buildings. So here’s a little insight about how he created his real estate empire in New York City. Please judge for yourself if this is the type of business judgment that you would desire in the person who might be elected to be the leader of the free world. 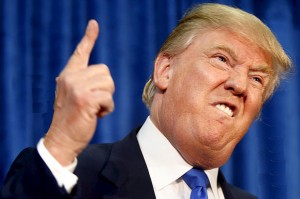 In 1981, Donald Trump built his first major building on the corner of East 56th Street and Fifth Avenue, appropriately named, TRUMP TOWER, by purchasing and demolishing the department store, Bonwit Teller, buying the air rights over Tiffany’s and creating what he labeled as a “public space” on Madison Avenue. When the candidate says that he has always had politicians in his pocket, he is probably correct – or at least he was correct when he put this unusual, rather convoluted real estate transaction together.

Who actually built the Trump Tower?

The demolition required to build Trump Tower was done by 200 undocumented Polish immigrants who were ostensibly paid $4-5 an hour, off the books. Rather a contradiction for a candidate who wants to deport all undocumented immigrants, who are “stealing American jobs”! In 1983, a lawsuit was commenced for unpaid labor union pension and medical obligations. The case dragged through the courts triggering appeal after appeal until it was finally settled for an undisclosed amount in 1999 – 16 year later.

The respected journalist, David Cay Johnson, publicized the fact that the construction of Trump Tower was designed as a concrete structure rather than a steel structure which was state of art at the time. Furthermore, the concrete for this and other Trump developments was purchased, Johnson pointed out, from HRH Construction, owned by Anthony, “Fat Tony” Salerno, the head of the Genovese Crime Family and “Big Paul” Castellano, the head of the Gambino Crime family.

Donald Trump’s other claim to fame was the art of misnumbering the floors in his buildings to his advantage. This sleight of hand began with Trump Tower whose elevator buttons have numbers indicating 68 floors, when the building actually has 10 fewer floors. Since Trump Tower has the atrium and commercial floors beneath the residential tower, he just started numbering the homes as beginning on the 30th floor, when they were in actuality on the 20th floor!

Is Trump the owner – or not?

The other “real estate surprise” is that most of the buildings that Trump originally built or developed are not actually owned by him. He sold his interest in the properties and allowed the buyer to license his name on the properties. Another clever illusion that he turned into a profit.

The question which one must ask oneself is, will all of this trickery go down in the world of international politics, where he claims that he will break treaties and contracts at will and “make America great again.”

I wonder if the 200 undocumented Polish workers will be part of the 17 million plus deportees.