Among the lesser known little corners of Central Park is “The Chess and Checkers House”, located on a large outcropping , which used to be called “Kinderberg” or “Children’s Mountain”. It was created in 1952 during the rein of the “urban empire builder”, Robert Moses and was paid for with private donations, primarily by a grant from the financier, Bernard Baruch. It is an octagonal brick building which shelters indoor chess players; it also has a large outdoor area under a rustic pergola which provides shade for the numerous outdoor stone chess tables. 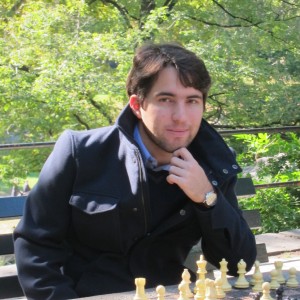 The Chess and Checkers House is heavily frequented by serious chess players, who can drop by in an impromptu fashion, since the chess pieces can also be borrowed from the Chess House.

Our young friend, Fabio Botarelli, who is photographed here, is the son of close friends of ours. Since his childhood, Fabio has been a gifted chess player, who has played in many tournaments.

After graduating from Trinity College in Hartford several years ago, he did not find employment that he wished to pursue in this tough economy.

Consequently, he decided to become a “Chess entrepreneur”. In the ensuing two years, he has built a small business giving both private chess instructions and taking on teaching assignments with many private schools. His students include kindergarten students and octogenarians and every age group in between. 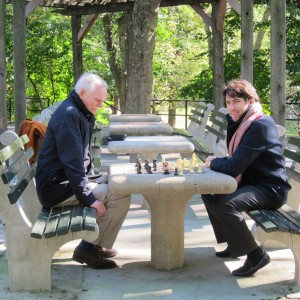 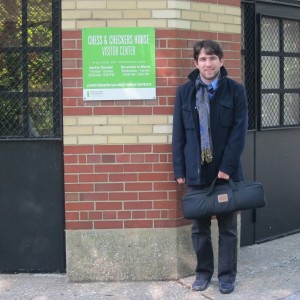 At the moment, he has contracts with several private schools, where he especially focuses on youth with learning and social disabilities who greatly benefit from this type of learning experience. If you are interested in Chess, you might want to drop by at the Chess House and meet with some of the players. With any luck you will be able to observe Fabio in an intense game, or you could contact him at his e-mail address: Fabio.Botarelli10@gmail.com. 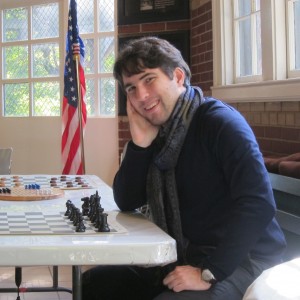