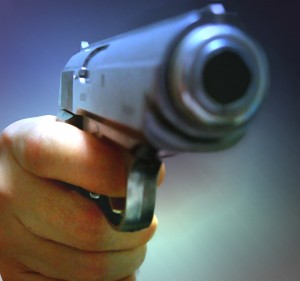 If we are forced to live in communities where individuals have the unlimited right to purchase and carry firearms, in some twisted interpretation of the Second Amendment, then the protection of the unarmed innocent citizens should be paramount!

Every year, innocent children and adults are killed or maimed by ricocheting bullets crashing through the windows of their homes and automobiles. What happened to the constitutional right to “life, liberty and the pursuit of happiness”? These rights, which were so fundamental to the signers of the Constitution, are seriously abridged by this flawed interpretation of the Second Amendment. It is clearly against public policy to permit all U.S. residents to carry arms, regardless of their criminal background, impaired judgement due to mental illness, or history of prior spousal violence.

In a civilized society there is no such thing as “unlimited rights” of one special interest group. The rights of any particular interest group might be weighed against the general welfare of society.