There’s an expression, I believe, about those who do not study history being destined to re-live it. Nothing could be more true than the present situation with home mortgage lending. First of all, the banks loaned a lot of money to non-income check borrowers or those with poor credit prior to the 2008 debacle. Then when these non-performing assets almost destroyed the world economy, mortgage lending came to a screeching halt and virtually no one could secure mortgages, unless they had perfect credit and enough assets that they could have purchased without a mortgage. None of this made much sense, but the present situation is ludicrous. Now the banks are back to making 90-95% loans on the appraised value of properties. Well, we all know how the appraised value can change over-night, especially in a tenuous economy. Is there not a better business model that should be applied? 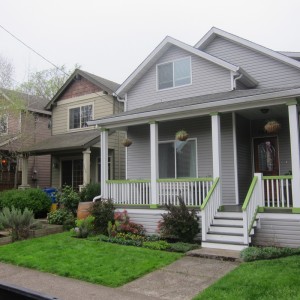 It should be noted that the U.S. is the only country where real estate can be leveraged to this extent. People who want to buy property with essentially no money down, shouldn’t be considered for a mortgage, no less granted one. It is perfectly reasonable to assume that buyers are mature enough to have saved enough cash for a reasonable, i.e. 20-25% cash input on their purchase. After all, buying a home is a major investment and shouldn’t be done on an impulse or a lark, but rather with careful planning and aforethought.

Having lived in Europe for a number of years in the 1970s, I became familiar with a business model used in Germany called, a “Bau Sparkasse” – or building savings account. This is something that the government, knowing the desire of every German in post-war Germany, to own their own home, put in place. It functions essentially as our IRAs do. One opens a “Bau Sparkasse account” with a reputable bank at any time in one’s life and one is permitted to deposit a limited percentage of one’s income tax free into this account. The sums deposited grow, tax free during the duration of the account and become the basis of the cash input of the purchase of their home.

In other words, people actually contemplate buying a home and save money for the cash portion of their purchase over a number of years, with the government giving certain tax advantages to them which also benefit the construction industry and the real estate market. The consumer has certain tax advantages which enable him/her to acquire a home sooner than they could have otherwise done. The government gets the benefit of capital gains taxes when the home is eventually sold. Why can’t American ingenuity adopt such a model? It’s tried and true and makes a lot of sense.