This former industrial warehouse district which was transformed over the past 15 years into an Epicenter for fashion, tech, media and food companies has grown steadily in popularity as an office space district for these industries. The 3.9% vacancy rate for office space in the areas 83 office buildings is the lowest in Manhattan. 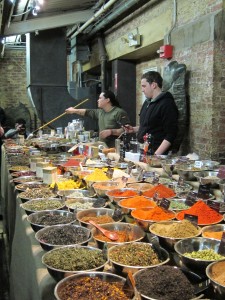 To fulfill this demand, Jamestown Properties, an acquisition and management firm based in Cologne Germany and Atlanta, Georgia, who are the owners of the landmark building known as the “Chelsea Market”, the block long former bakery of the National Biscuit Company, “Nabisco”, have been given a permit to build two office towers atop the squat structure. In spite of strong community opposition to the development, because of concerns about increased pedestrian and vehicular traffic in the area, the two towers, one eight stories and the other seven stories, will provide a total of 300,000 square feet of additional office space. They are scheduled to be completed in 2015. At present some of the ground floor retail space is being revamped to accommodate smaller users, most of whom are purveyors of fine foods.

The Chelsea Market is a former collection of industrial buildings occupies a full city block between Ninth and Tenth Avenues and West 15th and 16th Streets. It abuts the former elevated railroad line, known as “The High Line”, which was transformed into an extremely popular multi-use elevated pedestrian park.

Across the street, at 437 West 16th Street, a 23,536 square foot boutique office building, which was renovated to be creative-work ready “green and energy efficient”, is being put on the market. A single use buyer/user would be wise to purchase it as to hedge against the steadily rising rents in the area.

The Meatpacking District has become a Mecca for out-of-town tourists as well as Manhattanites who wish to indulge their palates at some of the popular star-chef restaurants: Buddakan, Del Posto, Morimoto and Spice Market, to mention a few.

I must say, the district has come a long way from when I purchased a loft there at 345 West 13th Street in 2002 at which time the meat packing industry was still in full swing, with blood literally running in the streets in early mornings, as meat was delivered and carcasses carved on the back of trucks. A neighbor of mine who purchased his loft at a still earlier stage of gentrification in 1994 recalls how a limo driver looked at him in disbelief when he brought him home one evening with, “You really live in a neighborhood like this with kids?” 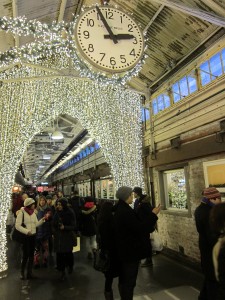 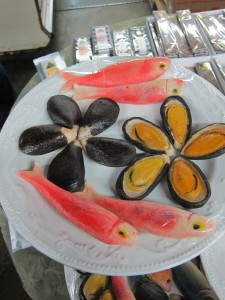 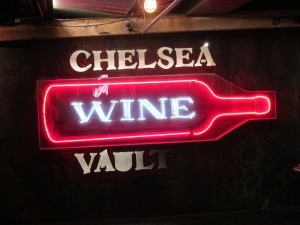